We have been wondering what impact the playground made on us as children here at Creative House.

So I’m going first. I think my earliest memory is probably the same as a million other kids who had to start nursery in 1979. My school playground was a huge expanse of tarmac that seemed like the largest space I have ever seen surrounded by iron bars! And there were what felt like hundreds of little people dashing around laughing as I clutched my mother’s hand so tightly she probably had numb fingers when I finally let go.

I stood there staring and sucking my thumb thinking I would never like this grey, noisy place.

Fast forward a few years and I watched a little person hold their mums hand in much the same way I had and I thought why would they not just start running around like we are! Short memories us kids had eh?

And then my school got a painted snake on the playground. No more meaningless running around for me! This was the most exciting thing that had ever happened. The playground wasn’t grey anymore. It was bright and colourful and we all queued to get on the thing, we ran on it, we jumped on it, we made believe it could slither away. It was the hub of the playground and each year a new wary eyed kid would awake to its mysterious charm and make it their own playtime story. We chucked out the chalk that we had to keep on reusing after every rain day (and there were many rainy days in Todmorden!) and we made that snake our hopscotch when we weren’t dreaming it was a monster!

I think we may have become far too cool for that snake at some stage as kiss chase gripped the aged 9’s and 10’s amongst us. Terrifying game that was, thankfully and very quickly replaced by my introduction to Marbles. Now at the grand old age of 41 one of my oldest friends and I still fondly reminisce about our shared dobber stash. We played for Pearl dobbers and now and again we won precious Crystal dobbers. They really were the hazy days of the school playground. Inside and outside of school time that playground was our marble arena. We played for hours and we laughed and cried at each success and loss. The playground you see was our place to go. No mobile phone to call us out for the evening. No one dared knock on the door for fear of the scary parent who might answer. So the law was if you were out you were in the playground. And if you weren’t in that playground you must have been really really ill (possibly even at deaths door from a nettle sting or something) or grounded.

And then High School came crashing into my life! Bang. Crash. Wallop. And I loved it. Netball, Hockey, Athletics, Basketball and a brief flirtation with football that was short lived, well apart from a lifelong love for Gary Lineker whom I initially researched to impress the boy I thought I loved.  We had these areas that had been made for us to not just have a great match during PE or double games, but we could have a match or a mess around whenever we choose. And I was good at it. I was good because I’d spent a glorious time growing up playing out with my friends. We hopped, jumped, twisted and fell over all the time. We didn’t even know it, but here we were teaching ourselves fundamental movement skills. These were the skills I used in the sports arena in my teenage years and I had no idea how much fun these skills could give me access too. John Barnes gave me a certificate, I mean John Barnes! I won something at school and here he was giving me a certificate because I could jump over something.

I think I want to champion that playground I played in, it should have a plaque saying “we played here” and be given an accolade for helping us achieve our high school sports success  C’mon I mean I had a certificate from John Barnes. But most of all we should all remember that our playgrounds are fantastic learning zones for our social and physical development. They’re not just a place we are held captive during rainy break times. We have to keep these bastions of our youth alive with new memories that the next generations to come will share. The playgrounds I saw my children access since the millennium are vivid and alive with colour. They have grids for leaning Maths or English, they have maps to jump from country to country and they have lines for playing. Thankfully they still have a snake that will chase the baddies away and carry the goodies to safety. 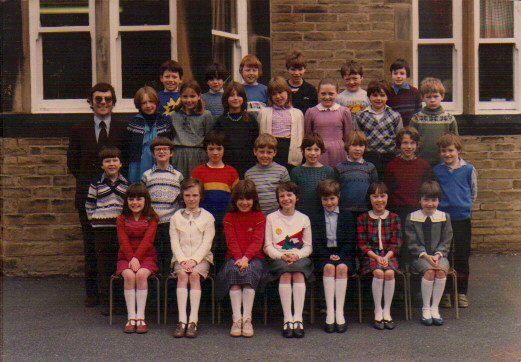